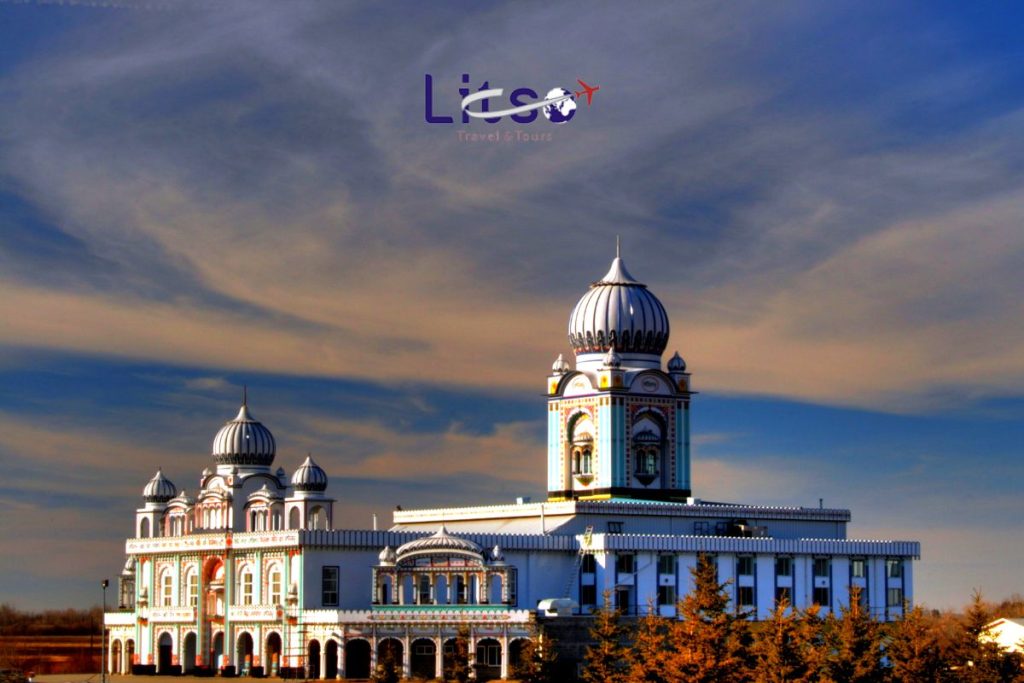 Sikhism in Canada is probably huge after Sikhism in India, as Canada accommodates around 500,000 people alone. The number is impressive, and that’s why Canada is also known as Mini-Punjab, but what factors make Canada such a favorite place for Sikhs and how do they manage their religious practices in Canada, a city with Christianity as major, counting around 67.3% of the whole population.

Sikhism evolved around 1500 CE when Baba Guru Nanak Dev Ji started talking about a faith different from Islam and Hinduism. Since then, Sikhism has evolved to great strength, and today, we can find Sikhs worldwide. These enterprising Punjabis are probably one of the sweetest and naturally-gifted cultural communities who are hardworking, successful, cheerful, and happy at the same time. Their friendly nature lets every nation accommodate them without any fear. That’s why it has become quite exciting to see several Sikhs settling around the globe, especially in India, Canada, the USA, Australia, New Zealand, and the UK.

Here we’ll try to summarize everything Punjabis love about mini Punjab including Sikh religious practices in Canada, their lifestyles, and occupations.

Canada is considered a land of dreams among all Sikhs, probably because of the stories they get to hear about Canadian Sikhism. Canada houses a large number of Sikhs in different cities, including Brampton, Toronto, and Surrey.

In a nutshell, Canada is more like a home for all Sikhs furnish with dreams, enthusiasm, hopes, and possibilities.

Some significant factors that make Canada a dream destination for all the Sikhs around the globe include;

The Peer Pressure Of Canadian PR and NRI

In Punjabi families, it’s peer pressure to hold a Canadian NRI and is considered nothing less than an achievement. The mindsets have been developed that an NRI Sikh is the most demanding bachelor of the town. Though it may sound fetish, it is a bigger norm and somehow a priority to get good marriage proposals.

Equality For All Majorities And Minorities

Canada’s majority is following Christianity; still, Canada is a free and safe country for all its majorities and minorities. The Canadian social system strictly follows equality despite race, class, and skin discrimination. You get what you deserve without any racism, discrimination, and favoritism.

The Strong Farming Roots By Sikhs

It’s nothing new that Sikhs are obsessed with Canada, and the state-wise significant Sikh population in Canada or Sikhism in Canada is increasing day by day. The cause behind this obsession roots back to the time when the Indian Sikh community used to work here as agrarian farmers. They continued the good work and earned a lot of respect and financial strength over there. The essence continues, and Sikhs are still deeply connect with Canada.

Canada, in comparison with other roaring economically successful lions like Germany, the USA, Russia, and China, might suppress, but it undeniably is a beast. Among other developed countries, Canada has an impressively stable living standard. The norms, living style, residency, law and enforcement, everything simply adds up to make Canada a highly attractive country for Sikhs.

Undeniably, Canada offers relatively friendly and kind of relaxed immigration laws that anyone can fit into. It provides easy Immigration Laws, whereas other countries offer stringent and restricted options. These rules make Canada an easy-to-approach employment and residency destination. Adding on, Permanent residency is not at all a viable option!

Excellent Education System For All

Education has always been a prime concern of many families across the globe, regardless of religious and national identity. For this, parents dream of sending their kids to western countries for higher education, and Canada is a hot destination for this dream. Just like immigration laws, it’s easier to apply for and get a study visa. The Punjabis known for their entrepreneurship spirits are always keen to seek foreign education, and for that, they find peace in Canada either in Toronto, Montreal, and other Canadian destinations.

Planning to travel to Pakistan From Canada this Gurpurab? Get in touch with us and let us do all the last-minute preparations for you!

How Do Canadian Sikhs Practice Religion?

There are plenty of Canadian Sikh Religious Institutions, and the development touched another level in 1920 after the approval of family visas for legal Sikh resident’s families. Though Sikhs are usually strictly bound to their religious and spiritual values, Sikhism in Canada started evolving in the 1950s and 1960s with the Sikh’s immigration to Canada.

As they kept growing, they started establishing temporary gurdwaras in most of Canada’s major cities. These temporary monuments then turned to permanent gurdwaras, and as a result, most Canadian cities now have fully functional. There are many Gurdwaras in Alberta and other Canadian states, including British Columbia, Ontario, and Manitoba.

Though these gurdwaras reflect different religious, social, and political opinions, they all stick to Sikhism’s religious roots. Sikhs are accommodated on Sunday services where they pray, read scriptures, sing hymns, meditate, and enjoy Langar. There are various Sangat (congregation) committees across the country to support Sikhs in various concerns.

Adding on, the Gurdwara observances tend to celebrate various gurus, their Gurpurab Festival, Baisakhi day, and other traditional Sikh calendrical celebrations. Though these calendrical celebrations are celebrated around the globe with equal affection and dedication, the Canadian Sikhs miss their Holy Land Pakistan, where their first Guru Nanak Dev Ji was born.

Pilgrimage To Pakistan For Canadian Sikhs

Canada has always been very hospitable towards its majorities and minorities, and so is Pakistan. Though there are not many Sikhs in Pakistan, this country has the ‘Mecca’ (Gurdwara Guru Nanak Dev Ji, Nankana Sahib) and ‘Madinah’ (Gurdwara Darbar Sahib, Kartar Pur) of Sikhism.

Pakistan hosts thousands of pilgrims or yatree every year from around the globe, let alone Canada. Most of the Sikh yatree come here to celebrate the Gurpurab festival in November or Vesakhi in February. Other than these days, Pakistan hosts Sikh yatra tours throughout the year where Sikhs can visit multiple Gurdwaras in Punjab Province and can enjoy some local city tours.

Click Now – and let us plan an exclusive Yatra To Pakistan for you!

As Sikhs are spiritually deeply connected to Gurpurab Celebrations, Litso Travels takes the responsibility of making sure every Sikh tastes the Amrit Jal of Guru Nanak Dev Ji’s Janam Aasthan. In collaboration with Evacuee Trust Property Board, we cater to the needs of the Sikh Pilgrimage at its maximum.

Be it visa or security issues, accommodation concerns, or other arrangements; we are always a step ahead in offering the best a pilgrim deserves.

Sikhism In Canada – Our Takeaway

In a world so big and diverse, a human is known for its religious, spiritual, cultural, social, and ethical values. All these factors inclusively make a person into who he really is. Similarly, Sikhs are a devotee community that is known for their purest and most potent religious and social norms. They are found in every nook of the world, and some major countries with a major Sikh population include India, Canada, the US, and the UK.

Talking specifically about Sikhism in Canada, it hosts around 1.4% of its population as Sikhs. They are a strong minority turning into a majority with time. Sikhs in Canada have strong relations with their Gurdwaras, and as part of their religious values, they tend to visit Pakistan often.

It may be a hassle to set the itinerary, book tickets, arrange accommodation, and manage transportation in a different country, especially when you are on yatra. To end the hassle, Litso Travel And Tours offer the best reliability you’ll fall for. Get the quotation for a fully pampered Sikh Tourism To Pakistan in all concerns and be ready to pay the pilgrimage! 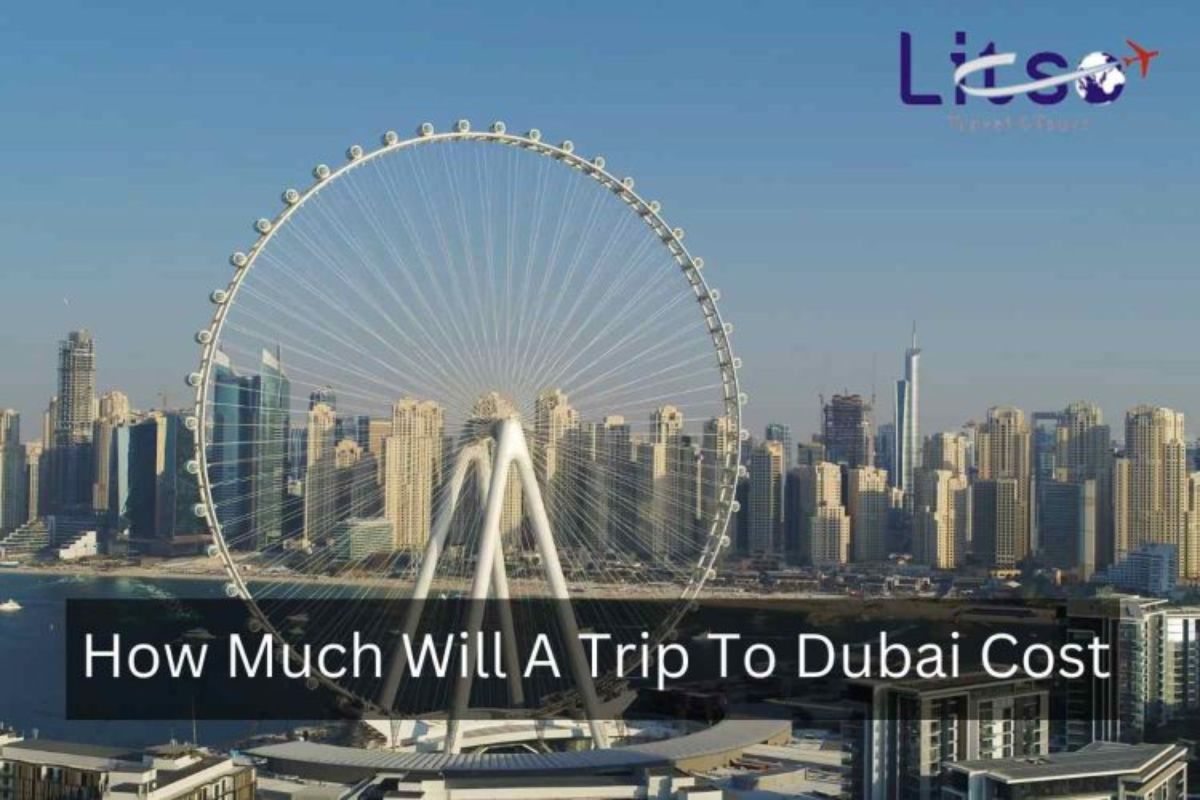 How Much Will A Trip To Dubai Cost 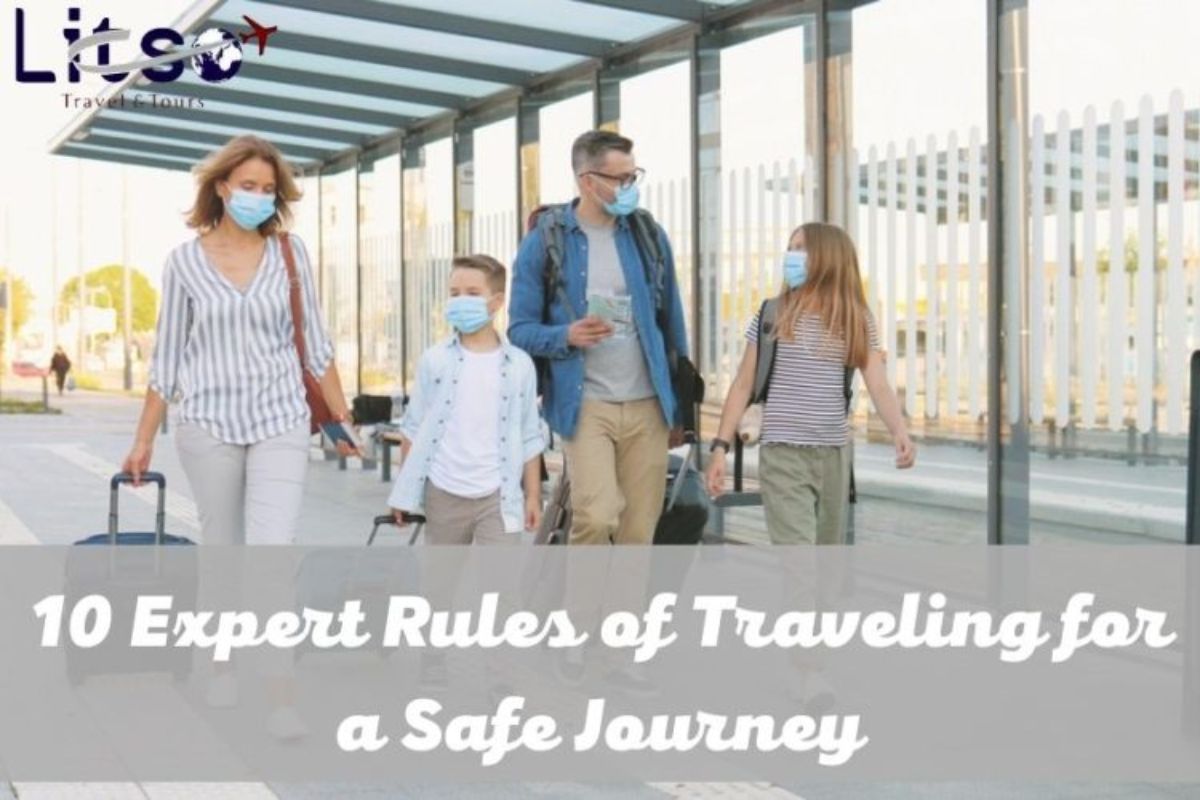 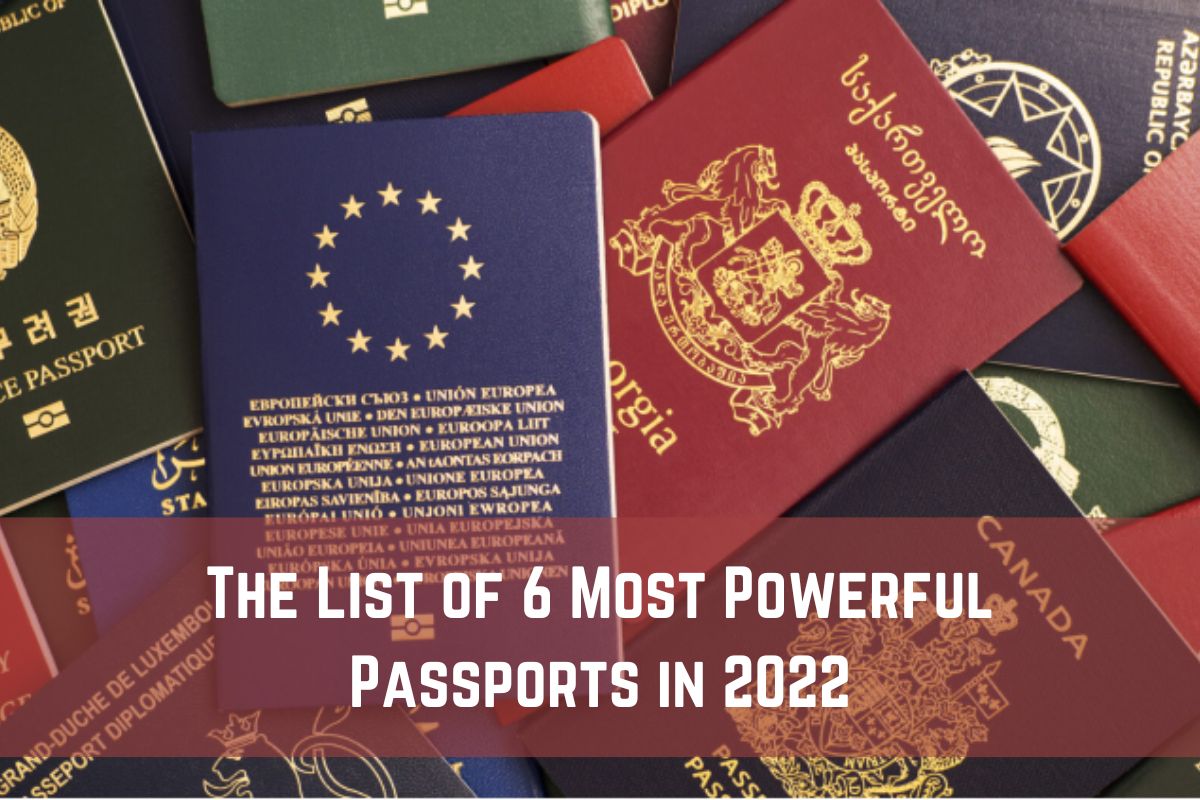 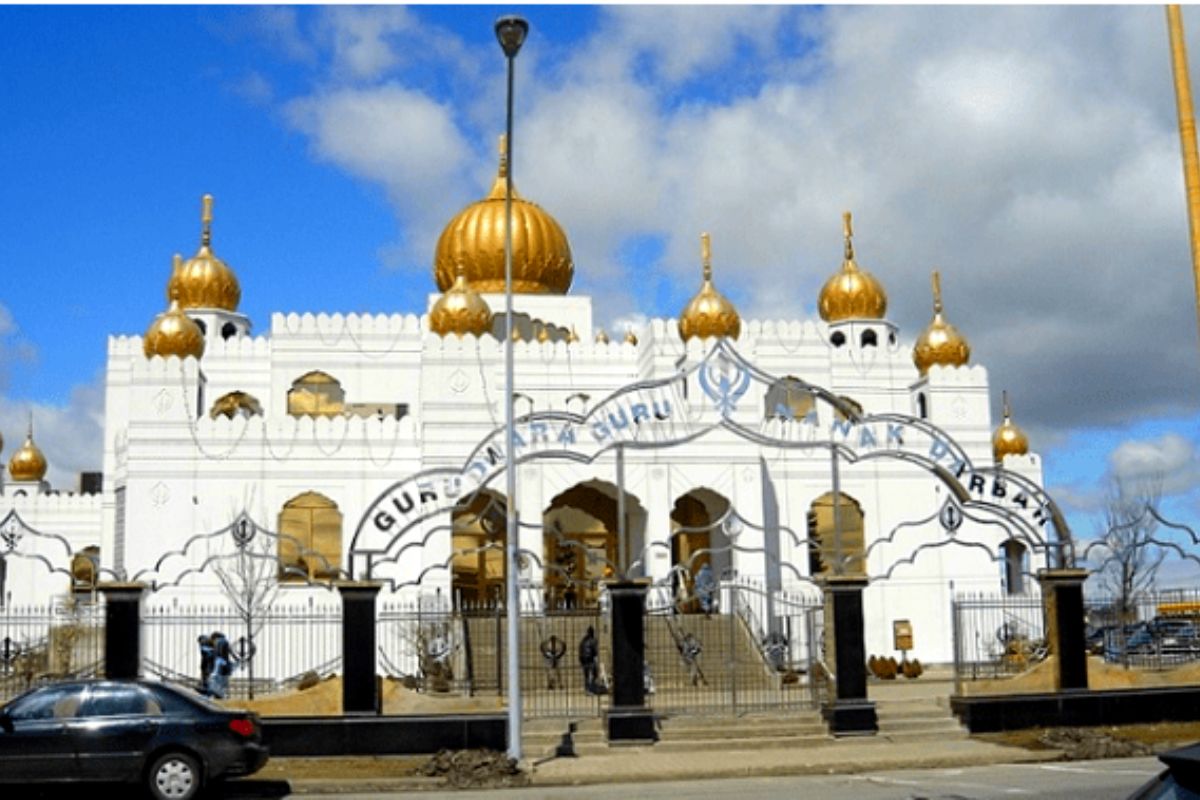