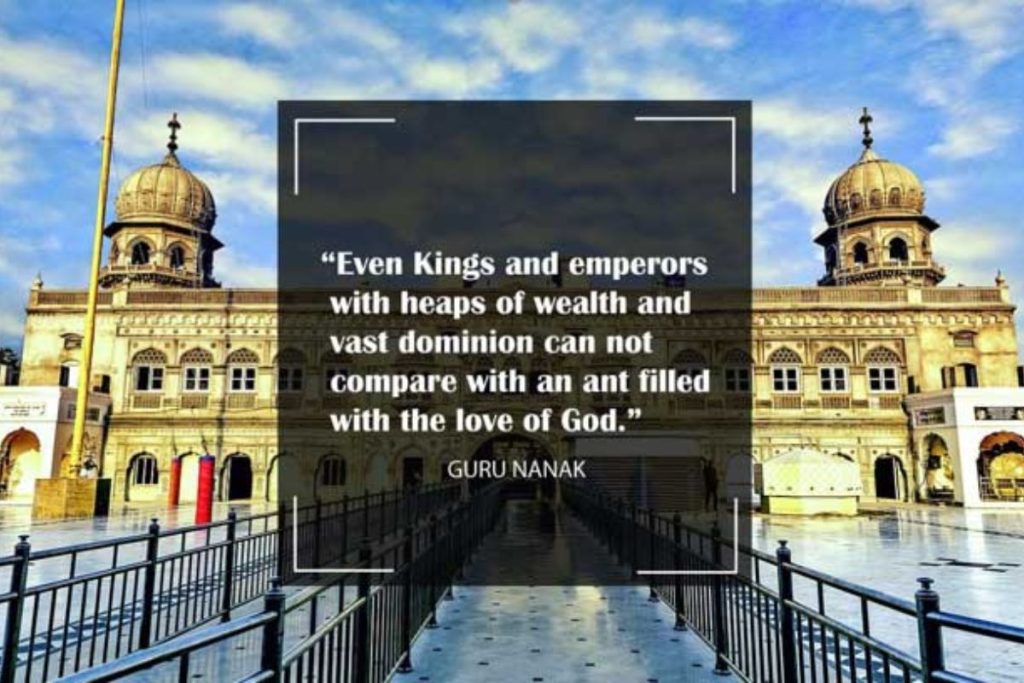 Significance And Rituals Of Gurpurab Festival – The Origin Of Praising One

Guru Nanak is the name known across the borders and beyond the religions – the greatest Religious innovator, a well-known poet, and a significant philosopher. Guru Nanak was born on 15 April 1469, and to remember his excellent work, the world, especially Sikhs, celebrate the Gurpurab. The event is celebrated with all its religious and spiritual perks as the remembrance of the founder of Sikhism. Gurpurab festival is not just an event; it’s a reminder for all his devotees to follow the actual teachings and devote their lives to serving God.

Well, as Gurpurab festival is so significant in Sikhism, Sikhs make sure to celebrate the day with all possible charms and festivities. It’s not as simple as it might seem; the celebrations are a unique blend of rituals, spirituality, devotion, prayers, massive foods (Langar), and whatnot!

To understand the festivity, let’s have a deeper look at the day of Gurpurab, its history, rituals, significance, and influence on the lives of Sikhs.

What Is Gurpurab Festival And Why Is It Celebrated

One major Gurpurab festival is primarily centered at the birth of Guru Nanak, who was born in 1469 on April 15th, in an area of Pakistan known as Rai-Bhoi-di Talwandi. The place is now named the Nankana Sahib after the name of the great Guru Nanak. Every year, many pilgrims visit the Nankana Sahib and many other Gurdwaras in Pakistan from across the borders and oceans.

Nankana Sahib Ji hosts many Sikh Yatree or pilgrims in Pakistan every year and supports the Sikh Pilgrimage tour to Pakistan as a gesture of peace and love.

If you want to travel to Pakistan as a pilgrim (yatree) or a tourist, Litso Travels can take care of all your interests and needs at affordable prices and with steadfast commitment.

Gurpurab is the Guru Nanak’s birth anniversary and is celebrated on the Kartik month’s GuruPurniama. According to Nankashi and the lunar calendar, the Gurpurab dates vary every year, and so does in 2021. Though there’s a whole list of Gurpurab 2021 Dates for all the Gurus, Guru Nanak Dev Ji Gurpurab is falling on November 19, 2021, on Friday, and it’d be the Guru Ji’s 552nd birth anniversary.

Nankana Sahib Yatra 2021 ticket and tours are on peak – grab your seats before it’s too late!

Insight In The Life Of The Great Guru Nanak

Guru Nanak was born on 15 April 1469 in an area of Pakistan known as Rai-Bhoi-di Talwandi to Matta Tripat and Kalayan Das Mehta.  Guru Nanak had a spiritual quest from an early age and always felt connected with nature and God. Though he always had a spiritual nature, he never agreed to settle with his religion’s superficial aspects. That was when it was the time to wear the sacred religious thread, and he refused, saying he would prefer wearing God’s name in his heart.

In his early life, he used to work as a storekeeper for Daulat Khan Lodi in the area known as Sultanpur, where he got attached with a Muslim servant Mardana. They both had a very strong connection and worked together to organize gatherings for Muslims and Hindus. These gatherings were unique and special as Muslims and Hindus sing hymns here, praising the creator instead of Allah Almighty or Bhagwaan.

The great Guru was married at the early age of 18 and had two sons. His life was apparently going smooth and as expected until he disappeared for almost three days at the age of 28. When returned to his home, he was firmly relieved that there’s nothing like being a Muslim or a Hindu; there is one God only, who is absolutely formless and doesn’t need a name to be worshiped. He preached that the only way to remember God or Naamsimran is liberation.

It may seem easy, but it definitely was tough back then to stand against the centuries-old religious practices. Guru Nanak Ji stood firm on his beliefs and founded the religion Sikhism. He also became a part of the Sikh’s Holy Book named Guru Granth Sahib. The life wasn’t fair enough, and Guru Nanak died at the age of 70, and Guru Angad proceeded with his preaching as his successor.

Guru Nanak Gurpurab is the day of remembering the holy Guru. It reminds all of his devotees to overcome five vices: greed, lust, anger, attachment, and pride.

Religious And Spiritual Celebrations Of Gurpurab

According to mythology books, Guru Nanak Ji’s birth date is on the Puranmashi of Kattak, and that’s why Gurpurab is celebrated according to the lunar month of Kartik. There is no denial that Guru Nanak’s preaching reshaped the philosophies and shaped the concepts of Sikhism.

On Guru Nanak Ji’s Gurpurab, the celebrations and rituals begin with a thorough cleaning of Gurdwaras followed by immense decorations. It’s a whole extensive celebration that starts around 48 hours before the exact day of Gurpurab.

The pilgrims continue for an extensive 48-hour of Guru Granth Sahib’s Akhand Path in the Gurudwaras. The devotees observe and practice Nagar Kirtans a day before the festival. The prayer sessions begin at around 1.20 am at midnight, as it’s believed to be the Guru’s birth time. And on the day of Gurpurab, the pilgrims take out processions early in the morning from the Gurudwaras. This practice is also named Prabhat Pheris; the devotees keep singing hymns while spreading the Guru’s holy preaching.

Adding on, the devotees also observe the spiritually rich Asaa-Ki-Vaar or the early morning prayers on the day of Gurpurab. They then perform Katha and Kirtan rich with the preaching and lessons taught by Guru Nanak Ji.

Prasad and Langars Made On Gurpurab

Cooking and offering Langar or Prasad to the devotees has always been linked with any kind of religious practice among all religions. Sikhism, under the kind and loving preaching of Guru Nanak Ji, also teaches humanity lessons. That’s why Sikhs prepare massive Kadha prasad to offer to the Guru and distribute it among the community.

Everyone can benefit the Parsad regardless of race, caste, or creed. Though it’s for everyone but the needy holds utmost importance in all these rituals and celebrations. Devotees also prepare community lunches Langar with all their dedications and affections.

The devotees serve selflessly; everyone wishes to take maximum part in everything as this Seva is believed to be the source of seeking Guru’s blessings. As a result, this dedication fills in the air with the gestures of peace, humanity, love, sacrifice, devotion, and compassion for everyone.

Gurpurab is the celebration of  Great Guru Nanak Ji’s birth celebrated all across the globe and especially in Pakistan, the birth land of Sikhism’s first Guru. Pakistan welcomes thousands of pilgrims every year to quench their thirst to pay a visit to the founder of their religion.

The celebration hosted at the Nankana Sahib Ji Gurdwara is the best way to experience the wealthiest Katha, Kirtan, Langar, and Pheris. And to enjoy the safest, friendliest, and the best-supported yatra tour to Punjab, Pakistan, choose the trustworthy travel agency in Lahore for Gurpurab, and for this, Litso Travels makes the best match.

Litso Travels has been a well-known travel agency in Lahore offering Gurpurab Nankana Sahib Yatra to the Sikh pilgrims coming to Pakistan from all across the globe. The services are well-pampered, secure, and fully facilitated to make sure none of the yatree face any unexpected situation and can make the best out of their Yatra.

You can select from the Yatra Packages For Gurpurab festival, Nankana Sahib, or you can contact us to make a tailor-made custom yatra package so you can avail yourself of the best services at the price you want. Happy Gurpurab to Our Sikh Brothers And Sisters! 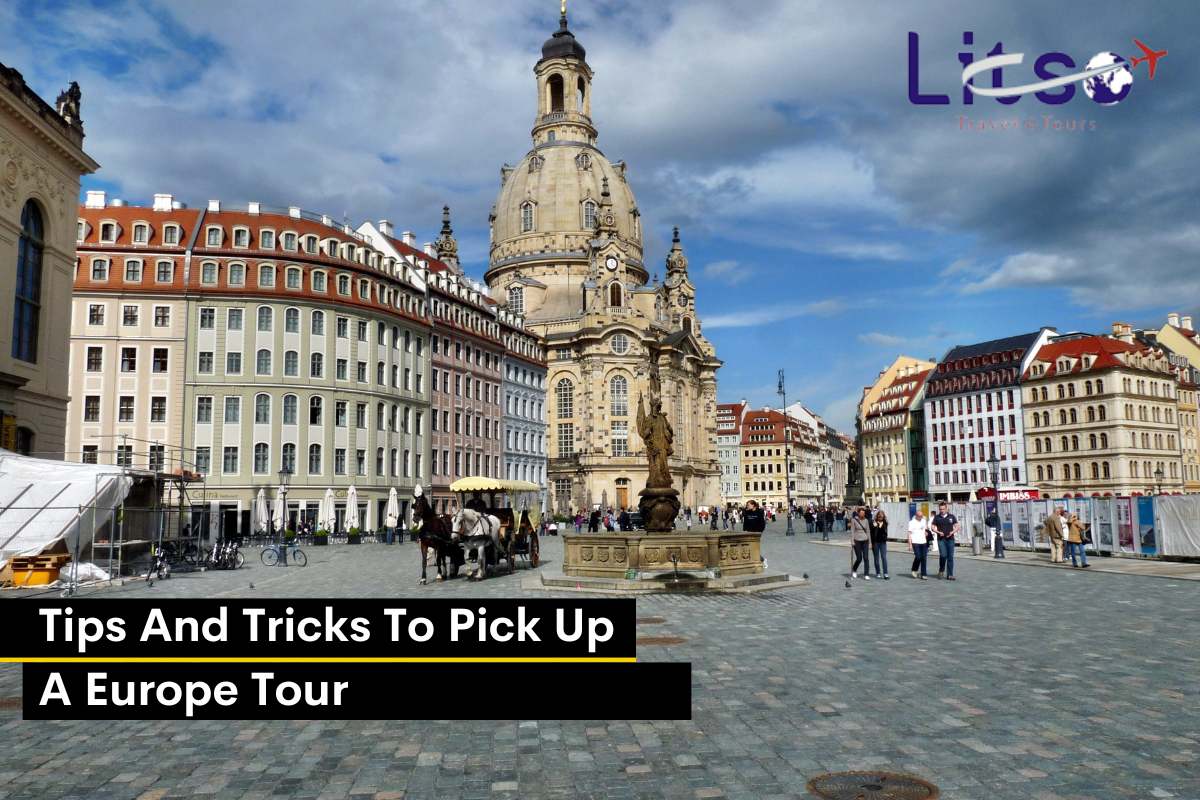 Tips And Tricks To Pick Up A Europe Tour-The Detailed Guide! 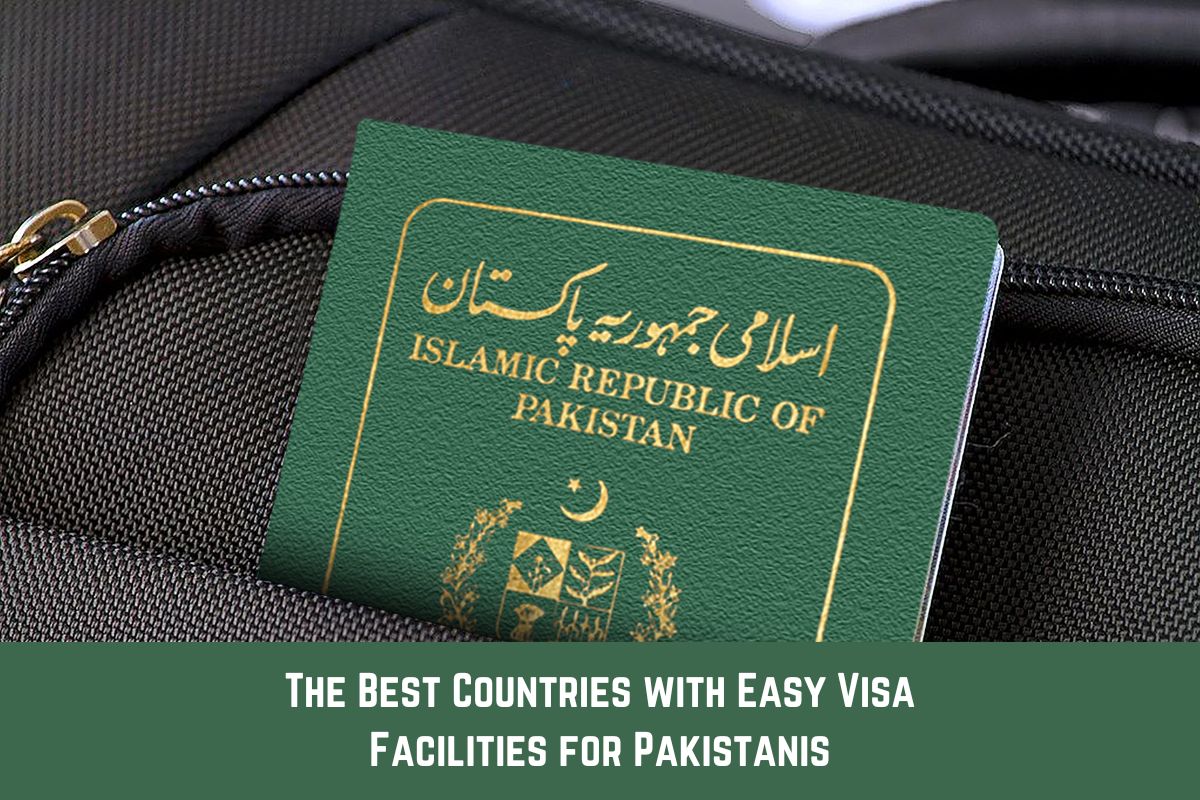 The Best Countries with Easy Visa Facilities for Pakistanis 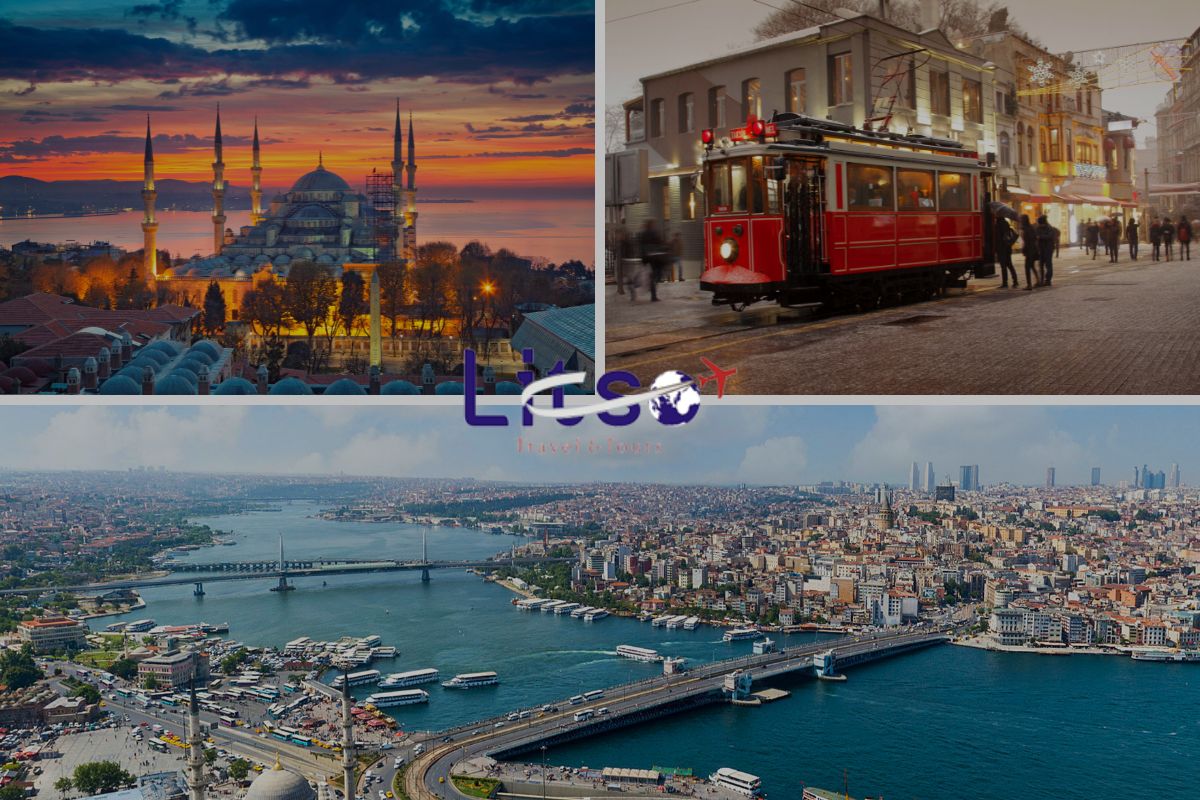 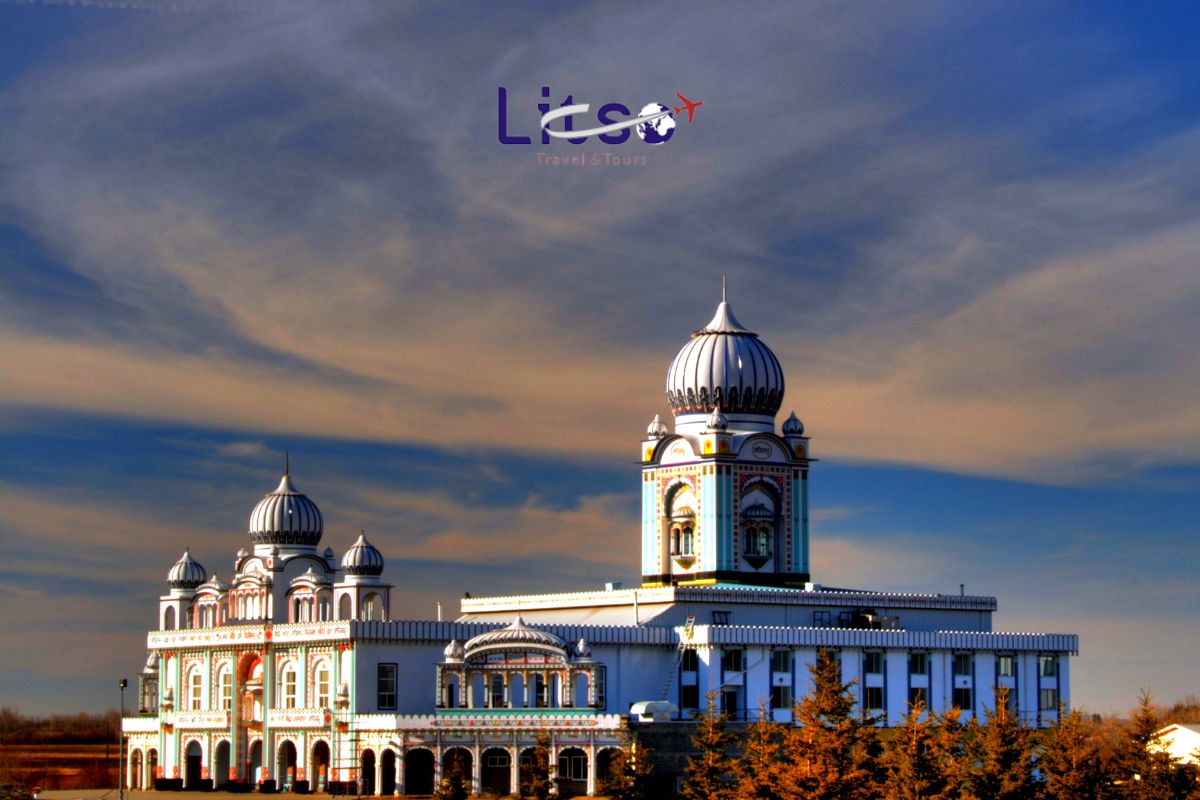